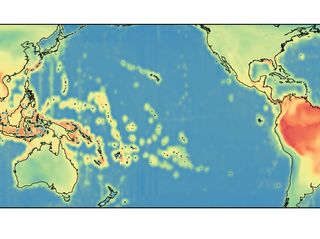 Figure 1. Global terrestrial and marine biodiversity patterns. (a) Observed species richness derived from the distributions of 44,575 marine and 22,830 terrestrial species. Species richness is ln-transformed and rescaled within each domain (terrestrial and marine) and plotted on a 50 km equal area grid. (b) Artificial neural network model predictions (ANNs) of species richness considering a suite of 29 environmental drivers. (c) Model residuals highlight areas that are particularly species-rich (underpredicted, blue) and species-poor (overpredicted, red) regions relative to the underlying environmental drivers. These highlight locations of exceptional biodiversity such as reef ecosystems of the (i) Coral Triangle and (ii) Marianas Archipelago and wet forests of the (iii) tropical Andes and (iv) Eastern Arc mountains. It also identifies species-poor settings like isolated islands (v, Madagascar) and major biogeographic boundaries in the ocean (vi, Andesite line). Arrows designate species-poor marine regions with high velocity boundary currents. (d) Latitude does not affect model performance, as there are no systematic meridional differences between observed and modelled richness. The northern-hemisphere bias of land, and the corresponding abundance of shallow ocean environments, generates a similar imbalance of marine species richness. Chart area represents the average species richness, zonally, in 2° latitude bins.

Figure 2. Environmental drivers of species richness in marine and terrestrial domains. The ranked importance of the top 15 environmental variables in the (a) terrestrial and (b) marine ANNs. Bootstrapped driver variable importance plots display the densities of change in explained variance made when perturbing individual model factors. The process is repeated 500 times with a random subset of the data on which a new ANN model is trained, generating a robust importance ranking by allowing multiple weight matrices to be evaluated as to how they learn the driver-richness relationship. On the variable labels, “A” is measured within year, “B” is between years. (c) Inset plot shows these same relationships on a log-linear scale, highlighting the steeper decline of variable importance and therefore greater effect of fewer variables in marine systems. (d) Pairwise plots showing the effects from a subset of individual drivers on species richness. To alleviate overplotting, graphs display the median ensemble (with 95% quantiles) of 100 local regression models fit from resamples of the global dataset. For (d) all variables are annual means and rescaled to 0-1 without further transformation. Similar factors are plotted when the same do not exist in both domains. Supporting information provide the full list of all modelled variables and their explanation.

Figure 3. Multivariate partial dependence plots offer a chance to better grasp driver interactions. These plots show the neural networks’ approximation of driver richness relationships when two inputs co-vary. In this example, we see how species richness is expected to respond across different temperatures (a), seasonality in primary productivity (b) and limiting biogeochemical variables (c) in response to changing depth and elevation. This is an example of the power of ANNs to approximate functions and the integration of interactions. This can be explored for any possible interaction.

New research led by the Monterey Bay Aquarium and partner organizations yielded the first comprehensive global biodiversity map documenting the distribution of life both on land and in the ocean. 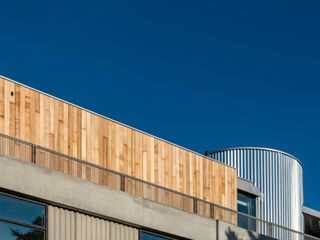 Looking for a frond? It's the Kelp Forest Cam!

The Jelly Cam just might preserve your sanity ♨️🎥

@lcpnn Thanks! We couldn't do it without a little help from our friends: https://t.co/InqV3AGAir

RT @MontereyAq: Want to know more about what it’s like to live in the deep sea? Snow problem! Together with our friends over @SciShow and o…

RT @juliepackard: In a fast-hanging world, there's time for us to build a sustainable and abundant future, as @CFigueres details in "The Fu…

If you’ve gotta catch a red-eye, make it a Polyorchis...

scishow:Marine snow is an essential part of our ocean food webs...